Looking for ways to check travel ban in UAE Online?

Travel ban in UAE is largely guided by Article 29 of the Constitution of United Arab Emirates, which says that the people have the freedom of movement within and outside the country, provided the freedom is exercised by the people in such a way that it remains within the force of law. The constitution says that no person can be banned or exempted from travelling within or outside UAE, and no person can be forced to reside within a specified limited area, unless such a ban is permitted or is done in accordance with the law.

The law of the land says, that a person may be banned from travelling within or outside UAE, as long as the official authorities have the right to impose such a ban, and their actions are in accordance with some statutory law. An important point which needs to be mentioned, is that the travel ban not only includes cases of criminal investigation against a person, but also includes cases where the person being banned is a debtor, and his creditor has places a request before the court to issue a travel ban against him.

It should be noted is that the creditor can submit an application before the judge or the head of competent authority, requesting for issuance a travel ban against the debtor, and this right has been given to the creditor under Article 329 of Civil Procedure Code (as amended by Federal Law Number 30 of 2005).

The Penal Laws of UAE on the other hand contain specially laid down procedures for deportation of foreign nationals, in case they pose a threat to the national security and domestic peace of the country. However, foreign nationals may also be deported from the country, in case they commit a crime which is related to drugs, immigration or crimes of moral turpitude. For other crimes however, the courts may have alternate options. It seems very important to note that according to the Emirati constitution, only foreign nationals can be deported and the citizens of UAE cannot be deported or banished from the union.

Reasons for Travel Ban in UAE

There can be many reasons for which a judge may impose a travel ban on a person, including the requests made by custodian, guardian or creditors. Travel bans can arise from a variety of claims and causes.

For instance, it may be enforced :

Some of these causes may arise out of legal implications and some may not.

Types of Travel ban in UAE and ways to resolve

Travel ban with the force of law

A travel ban in UAE is automatically instituted against a person the moment any criminal report is being filed against him/her. The travel ban is being executed by the competent authorities, by issuing the notice of such an order of the court to all the state ports. The travel ban remains in force until the penal claim is being settled and the final order is executed. In case the person being issued a travel ban order, needs to travel, he/she may submit a bail application to the judge, requesting for a bail order.

Travel ban by a creditor

Article 329 and 330 of federal civil procedure confers upon a creditor, the right to apply for issuing a travel ban against the debtor. The application can be made by a creditor only when the amount of debt is more than AED 10,000/- and when the creditor has a sufficient reason to believe that the debtor might flee from the country without paying the dues.

The fact that the debts are due and that the debtor is a foreign national are not the sufficient grounds to submit an application before the competent authority. The law says that the debts should be definite, payable and clearly defined. The application for travel ban in UAE must be made in written by the creditor, specifying the exact amount of debts.

On the other hand, the debtor is supposed to submit a bond before the court, stating the possible losses which he might incur, in case he is not allowed to travel because of the travel ban order. In a situation where the case goes in the favour of debtor, the creditor can be asked to compensate the debtor for all the losses that might have been caused to him.

Such a rule helps in avoiding malicious claims that might be placed before the court by the creditors. In case a travel ban is ordered, the debtor’s passport is deposited in the court’s treasury and a circular regarding the same is issued at all state ports.

The debtor can file for an appeal before the higher court if he feels that a wrong decision has been given by the court. Although the travel ban in UAE is issued by the judge without hearing the debtor, the creditor is supposed to file a subjective lawsuit within eight days from the date of travel ban and also, the law requires the creditor to execute the ban order within thirty days from the date of order, or else the ban shall be lifted.

Article 330 governs the lifting and ending of bans and the ban stays in force until the dues are being paid back by the debtor. However, a judge can lift the travel ban order under following situations:

Travel ban by a parent or guardian

The mother does not have the right to take a child outside the father’s country without getting a written agreement signed by the guardian of child, which in accordance with Article 149 of personal affairs law. The law says that a parent can withhold the passports of their children. A conflict can arise if the mother belongs to a foreign nationality and wants to take her child for travelling without father’s permission. In such cases, the father can submit an application before the court to put a travel ban on his children in their personal interest.

Article 149 of personal affairs law and the explanatory memorandum thereof states that a custodian may not travel with the child outside the country without a written agreement of the guardian, as this prevents the guardian care taking of their child. Hence, legislators required the guardian’s written agreement. In case the guardian disagrees, a claim may be submitted to be settled by a judge. The judge will issue a final judgement in light of justifications given by both the custodian and guardian. Travel of the custodian does not abate their right in custody as long as the child is not lost.

This kind of travel ban does not find any place under the provisions of any statutory law and hence, it has been banned. The illegal travel ban takes place when the creditor or the employer simply withholds the passport, which indirectly leads to banning from travel. Such kind of a ban is simply illegal and unacceptable, and this is in accordance with the judgement of the cassation court of Dubai, which said that a sponsor cannot withhold the passport of the sponsored, irrespective of the kind of relationship that might exist between the parties, and this rotates around Article 329 of Civil Procedure Code, which states the cases in which a travel ban in UAE may be imposed by the competent judge in accordance to the law.

The law also says that the creditor cannot withhold the passport of the debtor even if the debtor gives his consent to do so, and such agreements are null and void according to the law, as they violate rights and freedoms. Article 26 and 29 of the Constitution of UAE refer to the liberty and freedom of movement, which have been guaranteed to an individual by the law.

What is the difference between a deportation order and a travel ban in the UAE?

Travel bans protect the individual interests of the people, they are issued on the request of the creditors and such a ban can be abated or lifted by means of appeal. Deportations on the other hand protect the public interest, they are mandated by law and such orders are final and cannot be abated.

Earlier, the cassation court used the old provisions as the ground for its decision to deny the creditor, the right to issue a travel ban in accordance with Article 329, as it used to conflict with the power of deportation orders, which used to cause huge losses to creditors. This phenomenon did not last very long as the Article 329 was amended by Federal Law Number 30 of 2005 amending certain provisions of Federal Law No. (11) of 1992 concerning the Civil Procedures Law, which said that a travel ban in UAE order should not interfere with the final deportation order. The new provision says that final judgement issued against a debtor does not conflict with the creditor’s right to apply for travel ban in UAE against the debtor which acts as a precautionary measure for the creditors to guarantee its debt fulfillment.

The new law says that in case there is a deportation order and travel ban order against the same person, an adhoc committee is being formed and chaired by a judge to decide which order is to be executed. The law says that an adhoc committee shall order the execution of deportation order in case the creditor did not submit a subjective claim or failed to execute the judgement issued thereof. 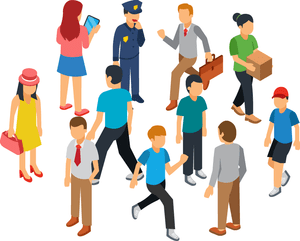 If sufficient evidence is found on debtor owing considerable amount of money, deportation can be delayed. Similarly, if a person is suffering from some contagious disease, deportation may be preferred over travel ban. Further, it is to be submitted that the above stated laws cannot prevent a competent judge from issuing a travel ban in UAE, regardless of the fact that a final deportation has already been given against the same person.

How to Check online if you have a travel ban in the UAE ?

How to Check online if you have a travel ban in Dubai?

Dubai Police have launched a website where residents can see if they have travel bans because of financial criminal cases against them in the emirate. The mandatory requirement is that you have an Emirates ID linked to a phone number and which is registered with your file in the UAE immigration. Note that the registered mobile number has to same across both the channels i.e. the Ministry of Interior and the Emirates ID authority.

The free-to-use service can also be accessed through the Dubai Police app and means people no longer have to visit a police station to enquire about their status.

Check if you have a travel ban at dubaipolice.gov.ae or download the Dubai Police app on Android or iOS. You’ll need your Emirates ID too.

How to Check online if you have a travel ban in Abudhabi or other Emirates?

Residents in the capital can visit the Judicial Department in the Abu Dhabi website to check if they have any claims filed against them in Public Prosecution. A unified ID number is required at their Estafser e-service where requests related to cases can be made. There are no provisions for online checking of travel ban in any Emirates other than Dubai and Abudhabi.

Looking for a convenient way to check travel ban in UAE online?

All you need to know about the Insolvency Law in the UAE.

The essential guide to UAE Labour Law article 120. What,s all the fuss about?

Still Googling for Legal Answers? Get Answers From Real Lawyers within a few hours for just AED.100.